Illusion has her traveler on the aft edge of the bridge deck, which is unusual.

Interestingly, George Griffith mentioned that this is exactly where he intended for the traveler to go on Cal 40’s, but after sailing Persephone, he found that with a full crew it got too crowded in the front of the cockpit.

Also, he originally intended the primary genoa winch to be the after winch, which is why the aft end of the winch islands is wider, but he quickly discovered that Cal 40’s don’t like weight aft.  So nearly all boats moved the traveler aft, and the primaries forward.

On Illusion, however, we mostly race doublehanded, so we don’t have a crowding problem.  We have a 6:1 with 24:1 fine tune mainsheet that can be trimmed directly from the ratchet block and doesn’t need a winch.  When doublehanded or singlehanded it is terrific to be able to steer, and adjust both main and traveler.  Also, having the traveler farther forward allows it to be effectively used at somewhat wider angles close reaching. 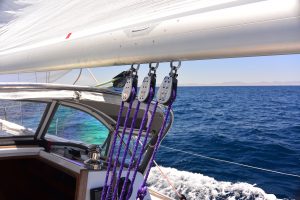 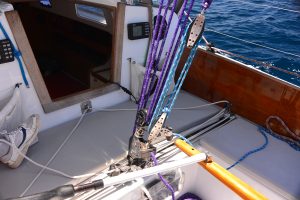 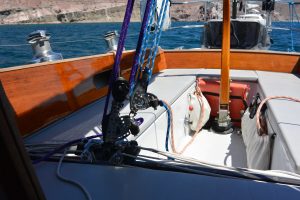 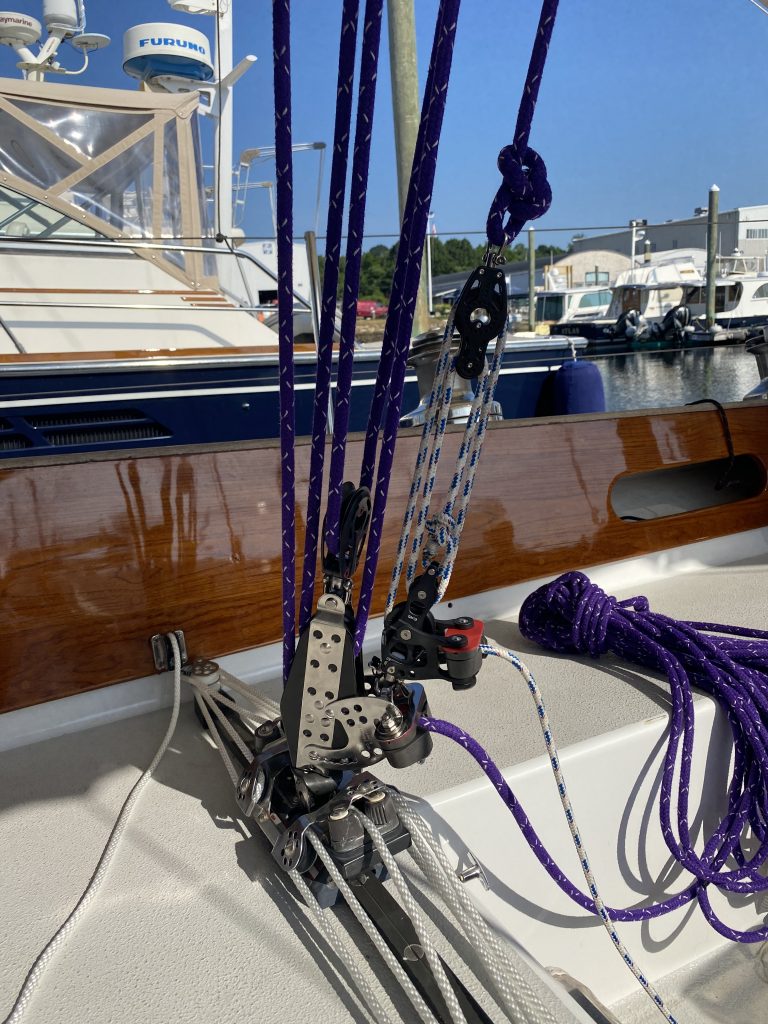