We have an Alpha Spectra autopilot, built by Baron Dickey.  I don’t believe that Alpha Spectra pilots are still in production.  Baron provided us with an interface board that allowed me to externally control the pilot with software running on the laptop.  The software that I wrote allows the pilot to steer by constant AWA, or to steer the optimum AWA as a function of TWS based on the polars.  The software also has a tack and gybe function with configurable delay, turn-rate, and overturn.

The deck controller is in the cockpit.  Sally made a vinyl flap that covers it and dramatically reduces the amount of water that the controller has to deal with.  You just flip up the cover to access the controller.  We replaced the beautiful machined round knob on the Spectra controller with a cheap/ugly pointed plastic knob that allows you to feel which way the knob is pointed even when you have gloves on at night.

The Alpha Spectra pilot has a tiller that allows you to entirely disengage the actuator with a Morse control cable.  You can see the control cable in the cockpit to the right of the pilot controller.

When crossing oceans single or doublehanded we carry a spare pilot, and a tiny/weightless Honda EX350 350 watt generator to reduce the likelihood that we will have to hand steer as a result of a pilot or engine problem.  We’ve had to use pilot spares a couple of times but have never had to use the generator to recharge the battery.

We drop the rudder with every time we repaint the bottom to clean the lower bearing and inspect everything.  The ruddershaft was built for a Santa Cruz 70 and the rudder was designed and built by Larry Tuttle of Waterrat.  The rudder has the same area and post location of the original rudder but is a deeper, thinner, and has a more modern section. 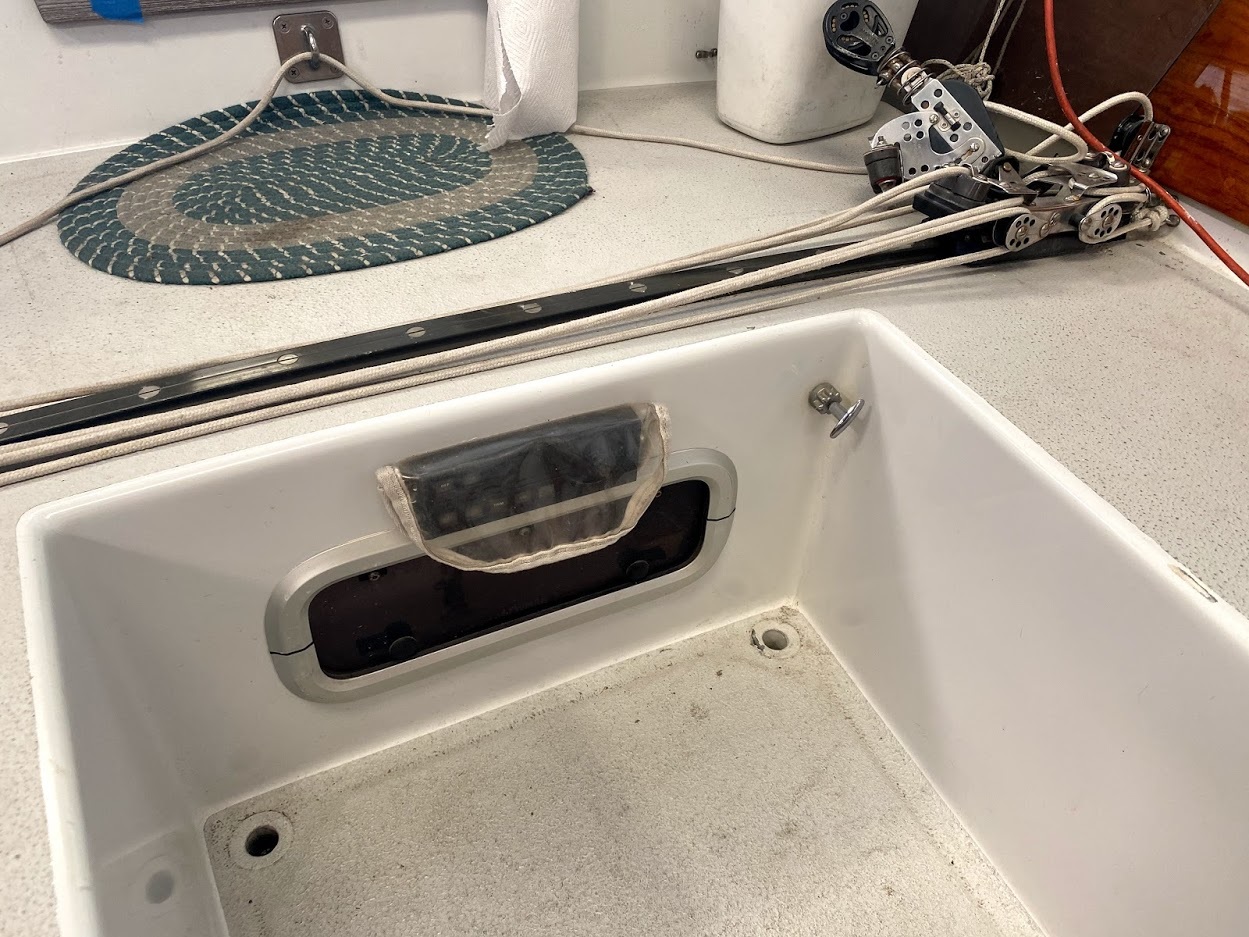 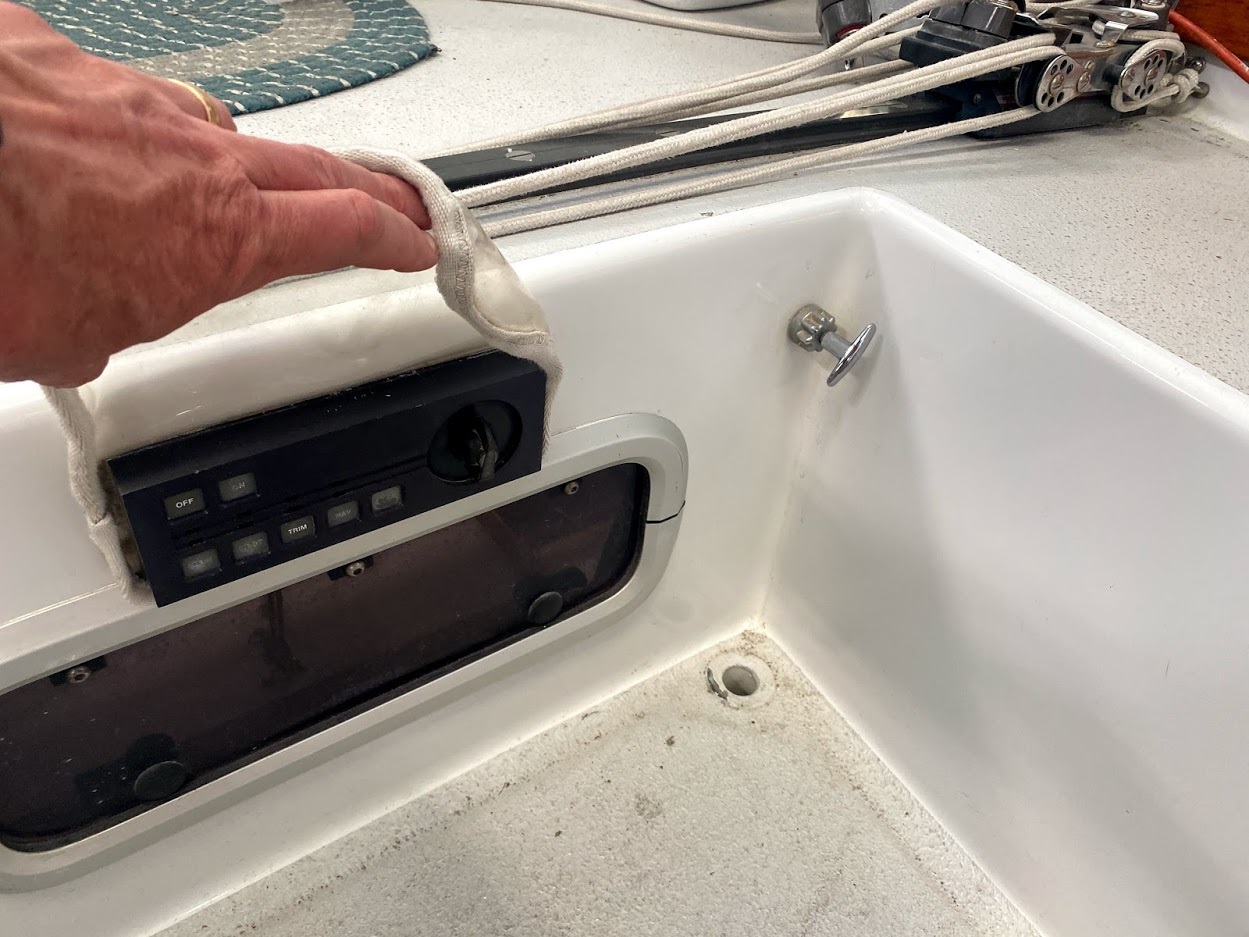 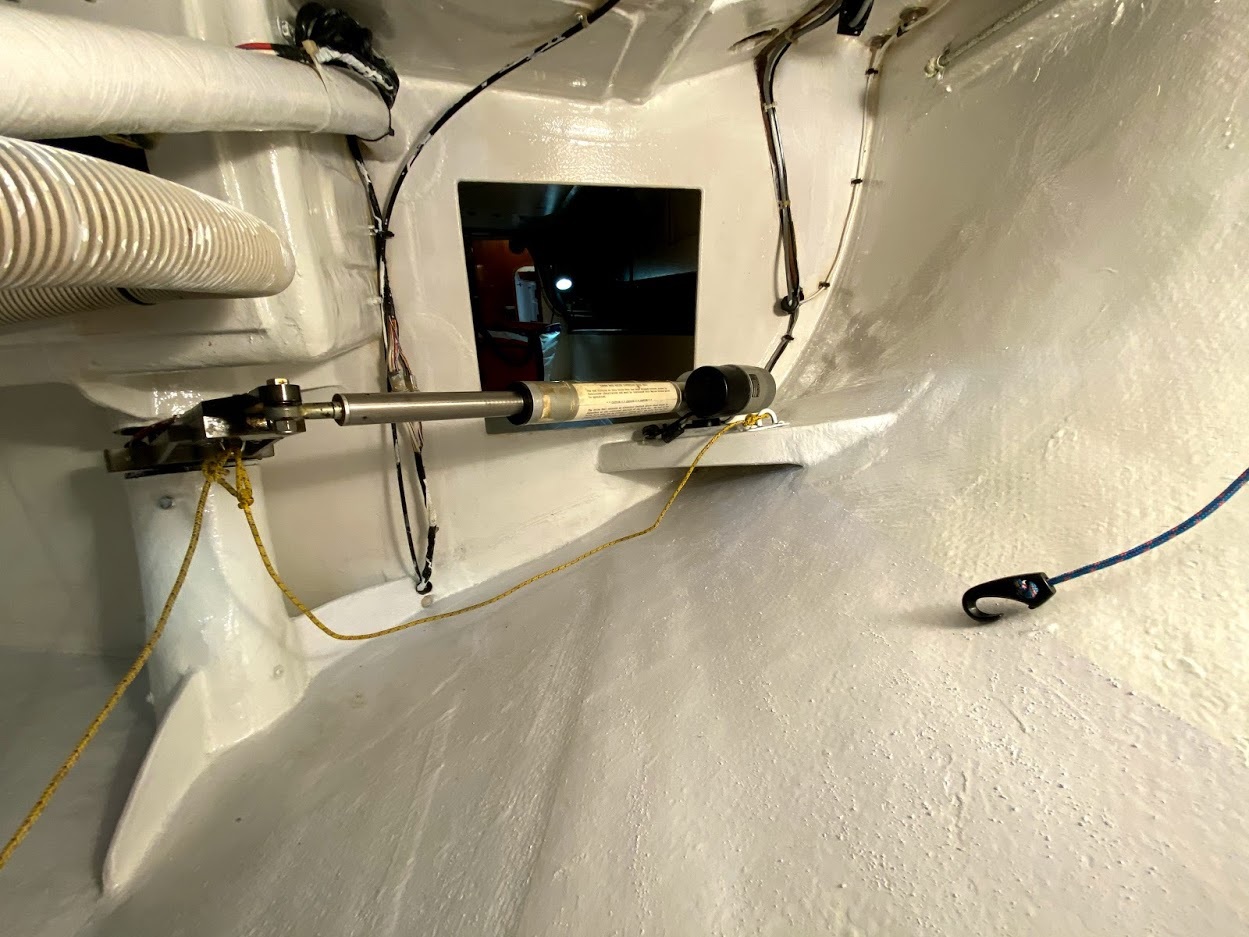